The SL-101 replacement has arrived. After spending a very long time developing the new two chassis MP-L201 extreme linestage, it was clear that a serious look at a replacement for the SL-101 was needed. 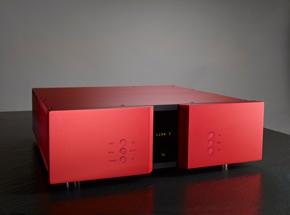 From market requests, we introduced an optional phonostage for building directly into the SL-102. This phonostage is based on the well reviewed RP-100, (please refer to the Reference Series on our web site under reviews), however without the battery supply. This phonostage has recently undergone a major redesign and delivers a performance very close to the original RP-100. In the SL-102, we spent many hours implementing the load setting system developed for the MP-P201, as well as adding MM/MC selection to the SL-102 menu system, so the RP-010 is a fully integrated part of the SL-102. As with our other linestages, a full bypass feature has been implemented. This allows external surround processors to take full control of the volume, when used in multichannel systems.